Brightwells staged a very successful auction, military re-enactors brought history to life, and there were shopping opportunities galore from everyone from Porsche Classic and Aston Martin Works to vintage clothing sellers. 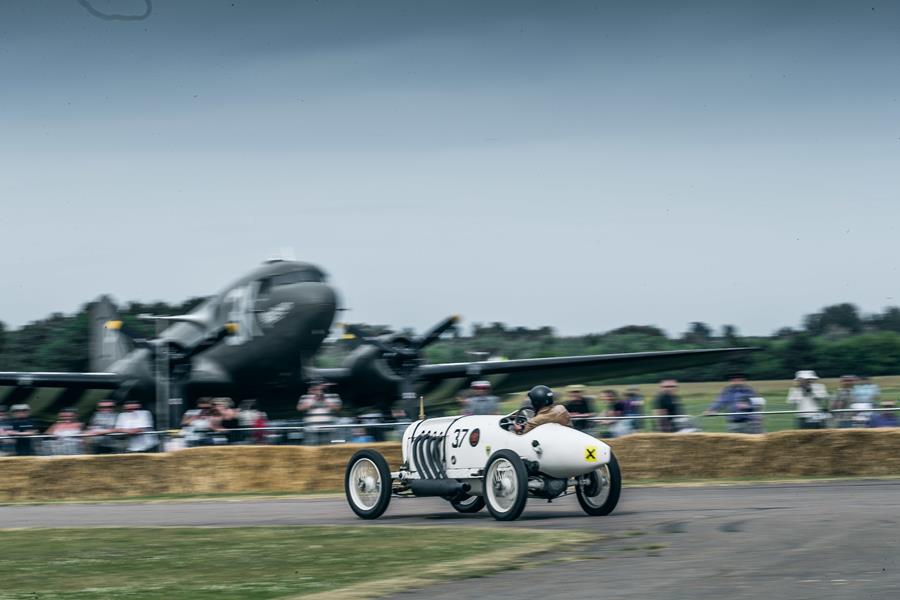 Meanwhile, in amongst the historic buildings of Bicester Heritage’s Technical Site – the UK’s best-preserved WW2 bomber station – a specially-curated collection of classic cars gathered for the inaugural Flywheel Concours. Six categories of cars were present, all pre-1976 to reflect the fact that RAF Bicester was closed in that year.

Each of the cars were judged by classic car experts, including revered motoring journalists Steve Cropley, Giles Chapman and Richard Dredge, car designer and former Head of Design at Morgan Matthew Humphries, along with classic concours specialists Tim Sawyer and Peter Jennings. The following vehicles were judged to be the finest in their respective group and were presented with trophies:•    Dawn of the supercar, in association with JBR Capital: 1971 Lamborghini Miura SV, entered by Niall Holden and previously owned by rock singer Rod Stewart •    Movie star cars: 1974 AMC Hornet Coupe, entered by Nigel Jeffery •    50 years of British Leyland: 1976 Triumph TR7, entered by Charles Porter•    Classic & Historic Rally Cars: 1962 Triumph TR4, entered by Gareth Firth •    The Class of 1948: 1951 Jaguar XK120 Roadster, entered by Christian Baker •    Best in Show: 1962 Jaguar E-type Coupé, entered by Lee & Denise Mynard which was driven by Sean Connery in 1964 British film Woman of Straw, and was awarded ‘Best in Show’ for its degree of originality

Another new feature of the show was the People’s Concours. This was voted for by showgoers and visitors to the Show's website, with cars competing each day for the title of People’s Champion. Dale Scutter scooped the award for the first day of the Show with his 1960 Hillman Minx Series 3A, while James Howell took Sunday’s prize with his 1969 Ford Mustang Mach 1. When the votes for both days were tallied, Dale’s Minx pipped the Mustang to the post to win the David Evans Trophy, named after the late and much-missed Classic & Sports Car clubs’ liaison.

Winner of the 'Dawn of the supercar, in association with JBR Capital' class, the 1971 Lamborghini Miura SV, entered by Niall Holden and previously owned by rock singer Rod Stewart

As well as the Flywheel Concours, visitors to the Show got a behind-the-scenes look at the businesses that operate in the Technical Site at Bicester Heritage, including: vehicle storage specialist Historit; Porsche experts Sports Purpose; paint restorers Auto Wax Works, and historic car sales companies Pendine and Robert Glover Ltd.

Alongside the on-track action, a host of vintage aircraft took to the skies, including the bright red Pitts Special aerobatic biplane of former British Female Aerobatic Champion Lauren Richardson, who gave aerobatic demonstrations, while Finest Hour Experiences offered Tiger Moth flights above the historic site. The Show also paid special tributes to the centenary of the RAF and end of the First World War with air displays coming courtesy of the Royal Air Force Battle of Britain Memorial Flight (BBMF) Dakota, the Bremont Great War Display Team and the BBMF Spitfire, Hurricane and Lancaster. There were also recreations of a WW1 ‘dogfight’ with Sopwith and Fokker Dr1 triplanes.

During the weekend, seven WW2 veterans visited the Show including 97-year-old Wing Commander John Francis Durham ‘Tim’ Elkington, one of the few surviving Royal Air Force fighter pilots who flew during the Battle of Britain. Elkington, who lives in Little Rissington, Gloucestershire, joined No. 1 Squadron RAF at RAF Northolt in 1941, from where he flew Hawker Hurricanes during the Battle of Britain. 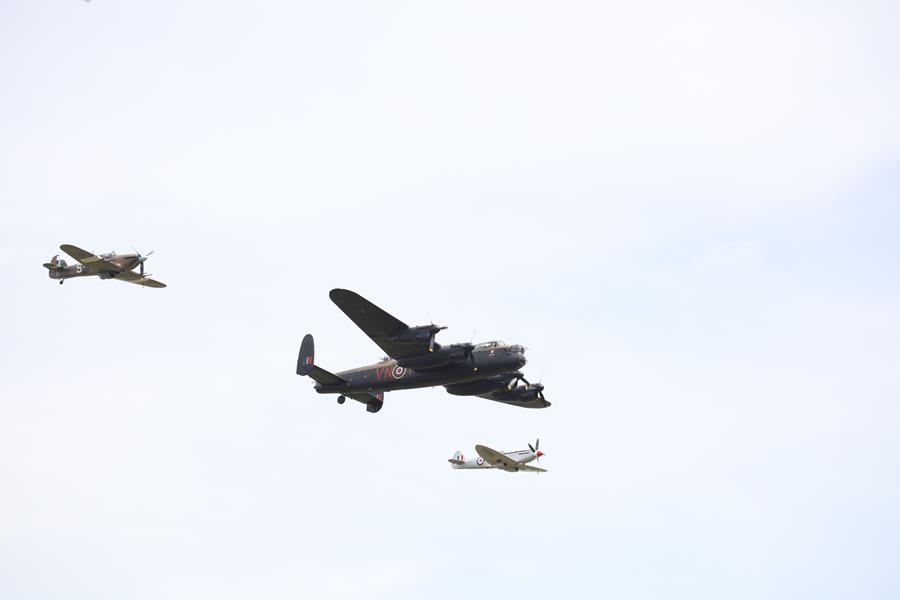 Alastair Clements, Classic & Sports Car magazine’s Editor in Chief, said: “The response to this year’s show has been phenomenal. Flywheel has established itself as a must-attend event in the past three years, but as our first year as The Classic & Sports Car Show in association with Flywheel this has been taken to a new level in a way that seems entirely appropriate. It’s not just a car show and not just an air show; there’s a bit of something for everyone. There are lots of families here enjoying themselves and we’re really glad that the Show has preserved the very special and relaxed atmosphere it’s had in the past while combining more of the fantastic machinery and classic cars that visitors want to see up close.”