Crowds flocked to Bicester Heritage on Saturday 23 June, for the opening day of The Classic & Sports Car Show in association with Flywheel. As well as hosting a huge array of classic road and competition cars, bikes, vintage aircraft and military machines in the Oxfordshire sunshine, the event was attended by six World War Two veterans in honour of the centenaries of the Royal Air Force and the end of the First World War.

RAF veterans Maurice Marriott (aged 93) and Eddie Habberley (aged 95), both from Duston in Northamptonshire, returned to the skies in Tiger Moth aircraft above Bicester Heritage, a former WW2 RAF bomber station. The pair had both trained in the aircraft during their time with the RAF. 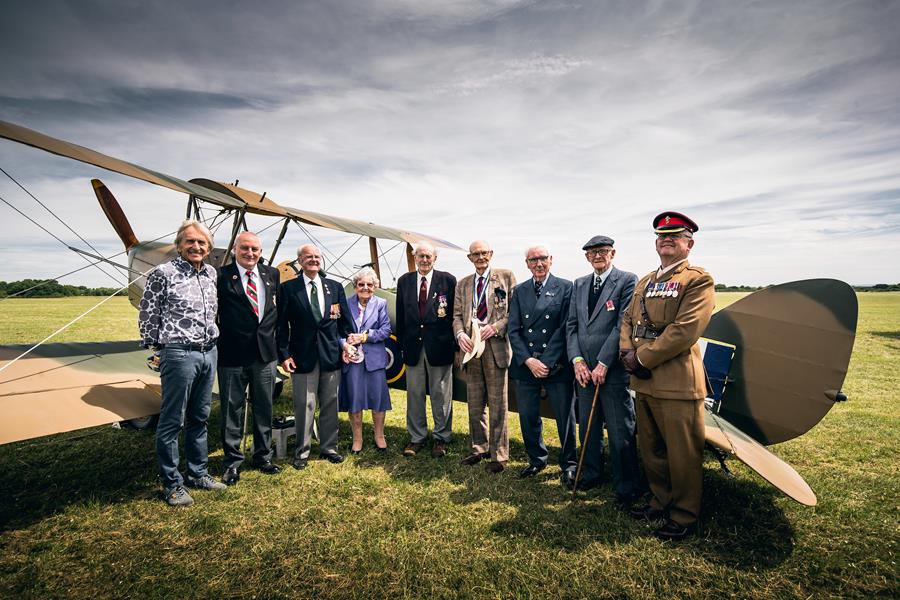 Habberley, who was based in Burma during WW2, said: “I joined the RAF when I was 18 years old and started training in Tiger Moths. I then trained in the U.S. before heading to the Middle East and Burma where we flew Spitfires. It’s great that so much has happened for RAF100 and wonderful how much interest there is from people of all generations. I haven’t been in a Tiger Moth since 1941 and going up today, I didn’t remember how breezy it was up there! There was a nice cross-wind for take-off and landing, which made it quite interesting. It bounced around something terrific and was really good fun, absolutely marvellous!”

Also in attendance, thanks to the support of the Royal British Legion Duston & District Branch and the Royal Air Forces Association, were Martin Calvert (92) of the Scots Guards, from Rothersthorpe; Edward ‘Ted’ Barker (95) Sub Lieutenant on HMS Arbiter, who lives in Church Brampton, and husband-and-wife pairing of Dennis (93) and Joan Wells (93) from Dallington, who acted as wireless operators and a clerk and typist. 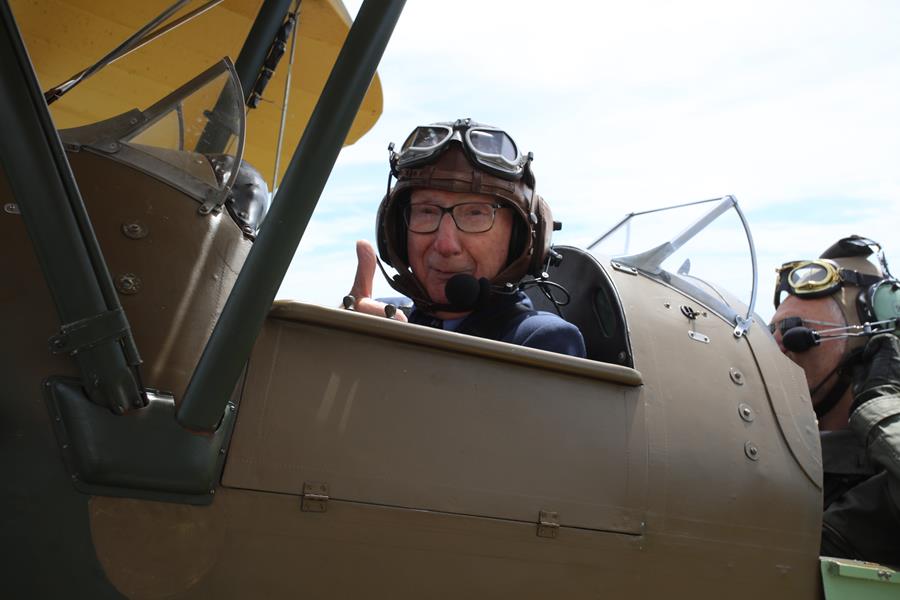 Eddie Habberley after landing in the Tiger Moth

Alongside the incredible Tiger Moths, an array of vintage aircraft were on static display and took to the skies for demonstrations during today’s show, including the Royal Air Force Battle of Britain Memorial Flight (BBMF) Dakota, the Bremont Great War Display Team and the BBMF Spitfire, Hurricane and Lancaster.

Speaking about the show, Bell said: “Seeing the old planes being flown in such a daring way and showing the real history of what made England what it is, is very special. The crowds are so excited to see the planes because you don’t see them very often so it is magnificent. Driving the 1965 Porsche 911 racer has also been a lot of fun today. When I look at Porsche’s race cars it is terribly impressive to see what they produced over the years. Because I know Porsche so personally I find the race cars the spectacular part, but that was my life; I fell in love with the race cars and now I love the road cars too. But to see all the classic cars from such a variety of marques here at the Show is beautiful to see - they are pieces of art.” 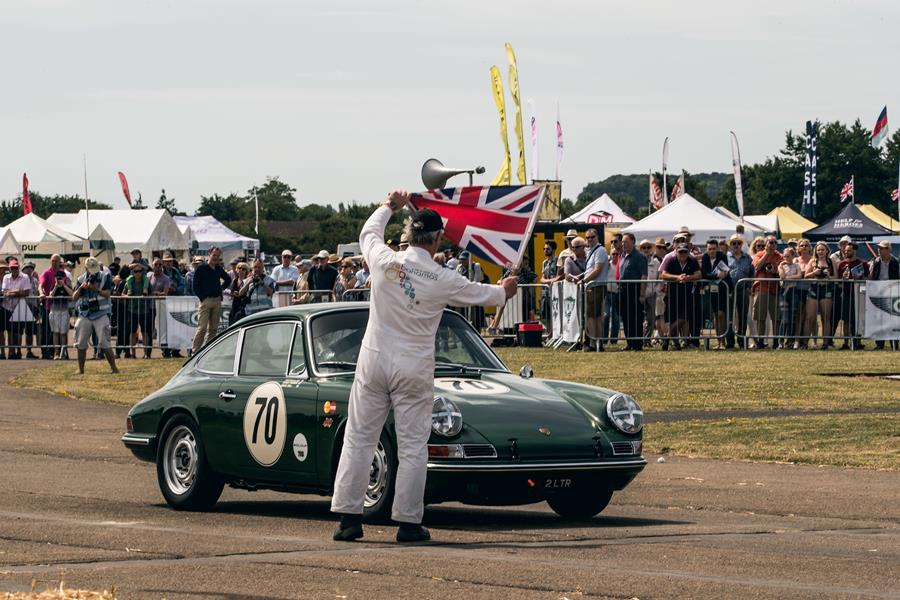 Alastair Clements, Classic & Sports Car magazine's Editor in Chief, said: “It’s been a fantastic first day of the Show, with so much action for people to see on track and in the skies. A huge amount of care and attention has gone into curating the collection of vehicles showcased – be they classic cars, planes, military machines or motorbikes – and we’re delighted to have welcomed so many visitors to admire and enjoy them.

“It has been particularly special to have incredible WW2 veterans join us, and seeing them return to the machines that they consider old friends has been very touching. We look forward to welcoming more visitors to the show tomorrow to join the festivities in the Oxfordshire sunshine,” added Clements.